The online gambling industry loves a rebrand, doesn’t it?

It makes a lot of sense since the business is switching its focus, and this new name better reflects what they are to become – plus, Scientific Games does sound a bit dusty in today’s world you have to agree.

Light and Wonder will be concentrating solely on gaming services from now on, having agreed divestment deals for its lottery and sports betting businesses last year.

So what’s it all about?

Why are Scientific Games now Called Light and Wonder? 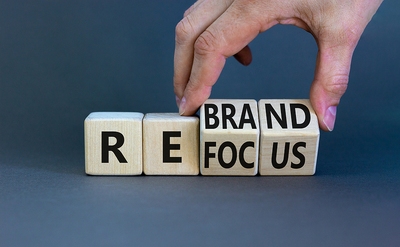 Scientific Games have always had a heavy focus on the gaming side of things, snapping up smaller studios by the boatload as the years have gone on. They own brands like Elk Studios, Authentic Gaming, and NYX.

However the company also did a lot of business in the sports betting and lottery markets, becoming bloated, and the need to re-focus was identified.

So in order to draw down on debt and give the business a singular focus, they decided to offload their lottery and sports betting products.

“Our powerful new strategy required a powerful new identity to distinguish us and our unique offerings and capabilities. Our new name and identity are born from our winning strategy to be the leading cross platform game company and will inspire our people to make great products for our players.”

Their lottery products have been sold to an American private Equity group called Brookfields Business Partners for a whisker over $6 billion, which will make a significant dent in their $9 billion worth of debt.

Their sports betting business, OpenBet, was sold to the Endeavour Group, a talent and media agency holding company, and both deals are due to complete mid-way through 2022.

This means they can eradicate the majority of their debt and hopefully become profit making again, by working with a single business vertical; games.

Are Light and Wonder a New Game Provider?

No. It is simply a new name for the same company, although that company will look different now that it has trimmed away the extra business verticals.

Light and Wonder will still provide all the games they used to as Scientific Games, as well as creating new ones.

Essentially then they will be a cross platform gaming giant creating their own titles, as well as giving access to 450 other studios via the Open Gaming network, and can also offer hardware and systems in support.

This could be good news for players hungry for new titles, as an already established name in gaming with an excellent team of content creators, will be able to put all of their efforts into producing high quality new games.

I would expect a lot of new titles that are designed to make an impact over the next 12-18 months, as this newly re-branded yet highly experienced company set out to re-establish themselves and remind everyone why they are market leaders.